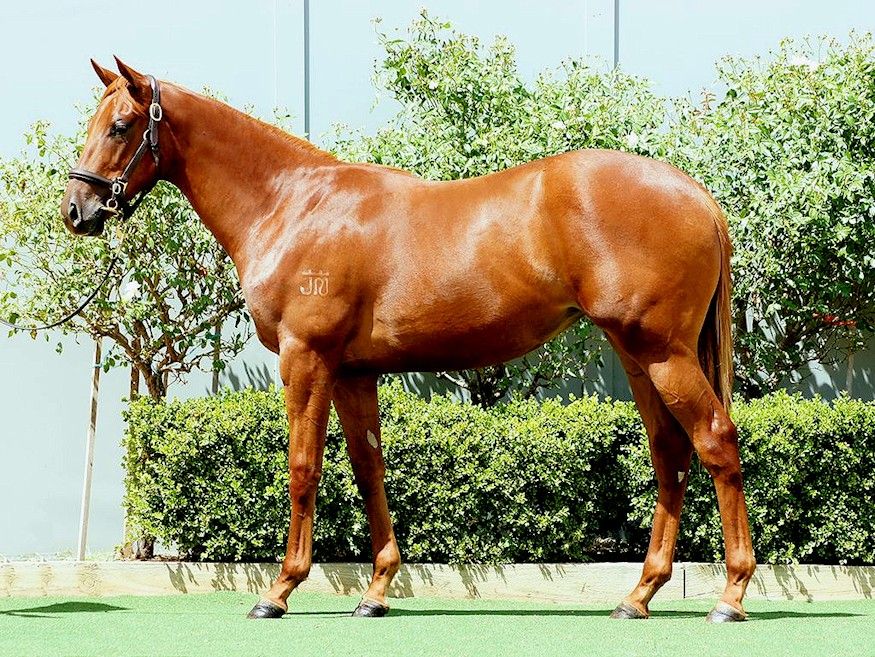 A decade of ‘Fast Fillies’! That’s the record that Grant Williams can boast having trained an impressive 37 individual fillies and mares to win at Stakes level either in his own name or in partnership with his wife Alana, over the last decade. Highlighted by the performances of champions such Arcadia Queen, Elite Belle, Inspirational Girl and Delicacy, it’s been a period which has seen Grant oversee a stable that has dominated like no other stable has in the history of WA racing.

Fresh from a cleansweep of Group 1 wins at the recent Perth Masters where Williams Racing took out the prestigious Railway Stakes, The Winterbottom Stakes and The Kingston Town Classic, it was an easy decision to send our newest filly to Grant Williams too.

She’s a very nice filly purchased from the 2022 William Inglis Classic Yearling Sale, by our preferred Bloodstock agent, ‘Gentleman’ John Price.  John had this horse marked as his number 1 selection from the hugely popular Highway Session, where, selected primarily on physique as John normally does, he described her as a standout type, “a must have”.

There was another reason that we were looking for a son or daughter of Winning Rupert at the sale, and that is that we have one in training in NSW and the trainer describes it as potentially the best horse he’s ever put a saddle on, and when it’s ready, it’ll go straight to town (Sydney) and win. So we’re pretty big on the Winning Rupert’s right now, and why wouldn’t be? Winning Rupert, by the Champion stallion Written Tycoon, was a terrific racehorse having just 6 starts for 5 wins (including a Group 2, a Group 3, a Listed race and 2 track records) before being injured in the Magic Millions Guineas as favourite forced his early retirement. His trainer Bjorn Baker was quoted as saying “he was the fastest horse I ever put a saddle on”.  In just the infancy of his stud career, he was Australia’s 3rd leading first season stallion with 12 individual 2yo winners, with one of his best being well known to Perth racegoers, the exciting Fairetha Stakes winner IT’S A RAY DAY.

On the female side of this filly’s pedigree, she’s a half sister to 3 winners, in addition to the very promising ‘Hang Glider’ who ran second at Ascot at his only start, so there’s a good chance that her pedigree could be upgraded very soon. Of course, being a filly, there’s also the added benefit of possible residual value as a potential broodmare after her racing career. This is very important from a financial point of view, and one that you should take into serious consideration. As an example, when we buy colts, almost all of them get gelded at some stage, and when a gelding is retired, they’re worth practically nothing, in fact we’re just glad to find them a good home after racing as equestrian horses. With a filly or mare though, depending on how they’ve performed on the track, they could be in high demand as a potential broodmare, and the market in recent years for such prospects is at an all time high. In fact in dollar terms, it could be just like winning a big race for the owners!