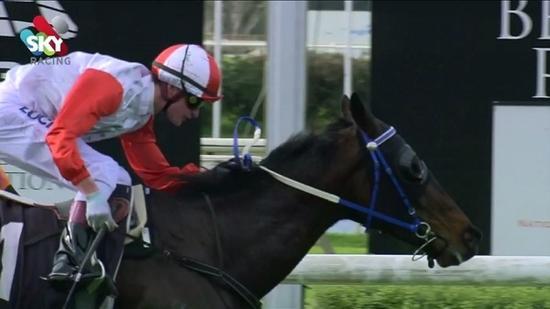 The brilliant recent run of success for Belhus Racing continued at Belmont this afternoon with West Australian five-year-old Astronomite making in two wins from as many starts since joining the team just over a month ago. Very proudly, as the topweight in the race, he carried the colours of the National Jockey’s Trust to victory!

Prepared at Ascot by Martin Allan, Astronomite enjoyed the perfect run parked just behind the leaders in the Amelia Beef Handicap (Race 6-1600m) and gun jockey Jarrad Noske was again able to get the best out of him late, driving him home to account for Already Famous by a half length, with $2.30 favourite Friaresque a further half length away in third.

The son of Medaglia D’Oro, who was originally raced by Perth’s biggest owner/breeder Bob Peters, was purchased from the Magic Millions Perth Winter Racehorse Sale for only $16,000 and picked up another $36,000 for today’s victory, after banking $36,000 when saluting at Belmont two weeks earlier. So he has been a shrewd purchase by connections indeed.

Astronomite’s triumph was the fourth Belhus Racing winner in the last 14 days, following his first win at Belmont on July 22, Navy Blue‘s Echuca victory on July 27 and Prize Catch saluting at Belmont on August 2.