The results from the Lindsay Park team have been phenomenal to say the least. They’re truly a force to be reckoned with! 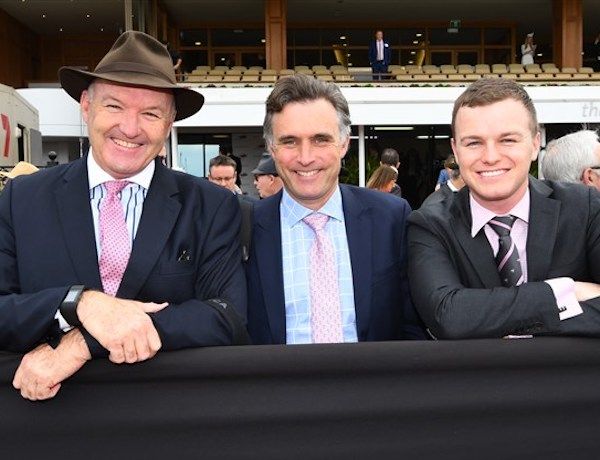 David Hayes is the proprietor and head trainer at Lindsay Park Racing Stables.

By the time David was born in 1962, his father Colin was firmly entrenched as the leading trainer in South Australia, having won six of the previous seven Metropolitan Trainers Premierships. David grew up surrounded by horses, and when he was young, Colin moved the family and his training operation to a new property 80km north of Adelaide near Angaston in the Barossa Valley. This property was to be known as Lindsay Park, which became an iconic horse property, known all over the world.

From a young age, David followed his dad around constantly in the stables and at the track, observing and learning from him as much as he could. When he was old enough, he served a thorough apprenticeship by helping out in the stables where he experienced every aspect of the business. He spent time with the vets and farriers, he rode trackwork, and strapped horses and mucked out stables too! David joined the business full-time and began working side by side as an Assistant Trainer with his father from the age of 21.

At the age of just 28, David took over the training operation at Lindsay Park following his fathers retirement. During this first season, David won the Cox Plate with Better Loosen Up, set a world record of six Group winners in a day at Flemington on Derby Day, and then won the Gr 1 Japan Cup with Better Loosen Up a month later.

In 1994, he won the Melbourne Cup with imported galloper Jeune, and by the end of the 1994-95 season, David had won the Melbourne and Adelaide Metropolitan Trainer’s Premiership and racked up an amazing 31 Group One wins.

In 1996, David accepted an invitation to train in the world’s toughest racing environment, Hong Kong. He was an immediate success, winning two Trainer’s Premierships (in the top four in each of his nine seasons) and training 458 winners including the G1 Hong Kong International Sprint, the G1 Hong Kong Derby, and 15 other Group One races in Hong Kong too!

In his 27 year training career, David has trained in excess of 4000 winners, including 90 Group One wins. He has won most of Australia’s major races including the Melbourne Cup (Jeune in 1994), Caulfield Cup (Fraar in 1993 and Tawqeet in 2006, Boom Time, 2017), Cox Plate (Better Loosen Up 1990 and Fields of Omagh in 2006), Golden Slipper (Miss Finland in 2006), Queen Elizabeth Stakes (Criterion in 2015) and an Australian Cup too (Spillway in 2015). David is the youngest trainer ever to be inducted when he joined his father Colin in the Australian Racing Hall of Fame in 2008.

The Hayes family motto is ‘The future belongs to those who plan for it’. Shortly after returning from Hong Kong, David and Prue Hayes made a plan for the future of Lindsay Park. The plan involved reducing the horse numbers, and the centralising of operations at a new purpose built facility in Victoria, hence the development of the Lindsay Park, Euroa property which has been designed to take advantage of the country environment that has been key to the success of Lindsay Park in the past, but with all of the modern technologies and features not available at metropolitan racetracks.

The results with horses trained by the team at Euroa have been phenomenal to say the least. They’re truly a force to be reckoned with, a terrific stable to follow, and from a business point of view, David and the team recognise that professionally organised syndicates and partnerships such as those that are offered by Belhus Racing Stables, play a very important part of the continued success of a major operation such as theirs.

I’m very excited to have commenced offering horses to be trained by Lindsay Park, and hope that you decide to join with us as an owner with one of Australia’s biggest and most successful thoroughbred training stables-Lindsay Park.