HAT-TRICK IN SIGHT FOR ASTRONOMITE 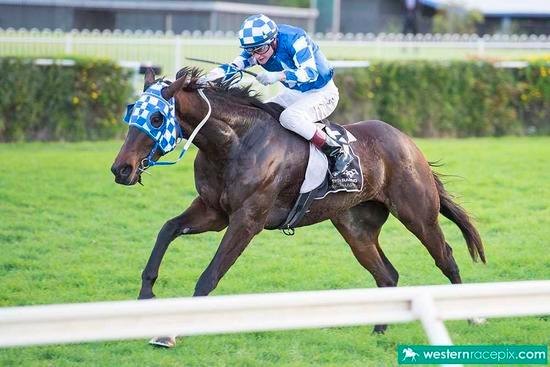 The Martin Allan-trained five-year-old was snapped up for only $16,000 at a racehorse dispersal sale in late June and has gone on to bank $72,000 following successive triumphs under the Belhus banner at Belmont on July 22 and August 5.

► WATCH: Astronomite goes back to back at Belmont

Astronomite, who was formerly prepared by Perth’s leading training combinations Grant and Alana Williams, has been perfectly ridden by Jarrad Noske on both occasions and looks set to enjoy a similar favourable passage in running tomorrow.

Second favourite in the early fixed odds markets behind former stablemate and last-start winner Falcon Crest, Astronomite appears well placed to bank more prizemoney for his fortunate new owners and is on trial for a tilt at the famous goldfields cups treble in Kalgoorlie next month.