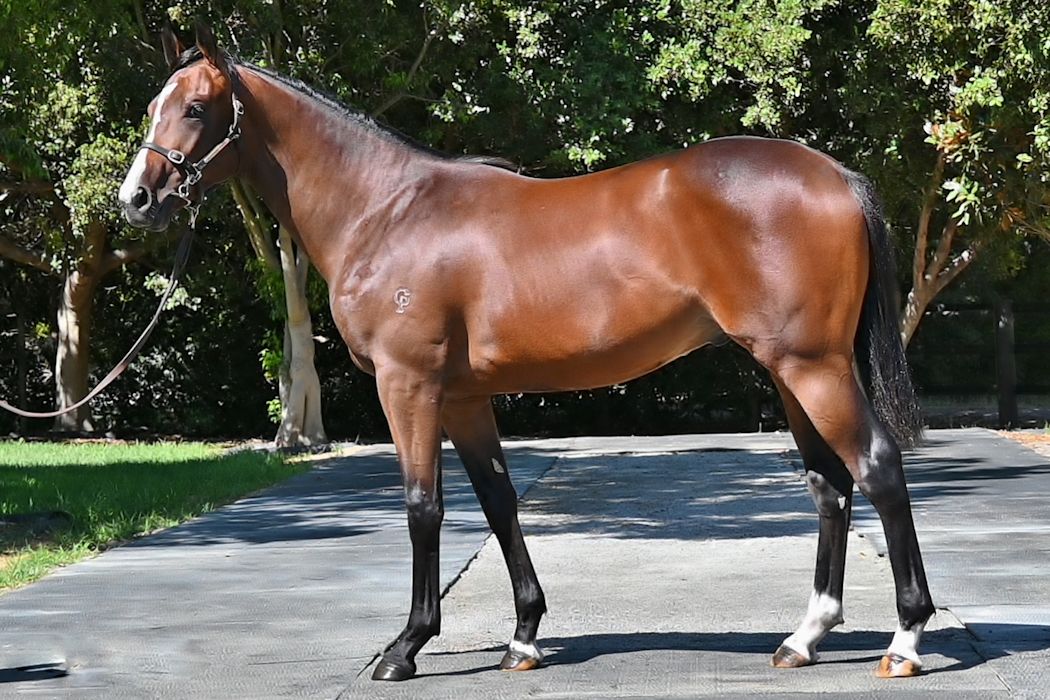 It’s no wonder that Ascot trainer Trevor Andrews targeted the progeny of new stallion Lucky Street at the recent Magic Millions Perth Yearling Sales, as it was he that trained the precocious colt to win 6 races including the Group 2 Karrakatta Plate, the Magic Millions 2yo Classic, the Perth Stakes and the Miss Andretti Stakes too. Lucky Street scored four of his six wins as a two year old, but was also tough enough to train on and win as an older horse in stakes company twice too.

As a stallion, he stands for $5,500 and has produced an exciting book of youngsters at his first yearling sale. Along with Trevor, we managed to buy two of them, and this one, a colt from the Encosta De Lago mare Sweet Lorraine is a half brother to two winners, and hails from an International family. He’s a strong, racy type, and August foal, and looks just the type of jump and run horse to take advantage of all those bonuses that are on offer for two and three year olds through the Westspeed Platinum Bonus scheme.

This will be a 20 share syndicate priced at $2,950 each with syndicate fees of $220/month (commencing on July 1st) which are calculated to cover all normal racing, training, transport, management/admin, and vet costs. With the exception of annual insurance (which is optional anyway) and the possibility of big race nominations and acceptance fees (which are bills that you want because it means that you’ve got a good horse), there should be nothing else to pay other than the fixed monthly syndicate fee.

Expressions of interest are currently invited.

*This syndicate is subject to approval by The Lead Regulator.