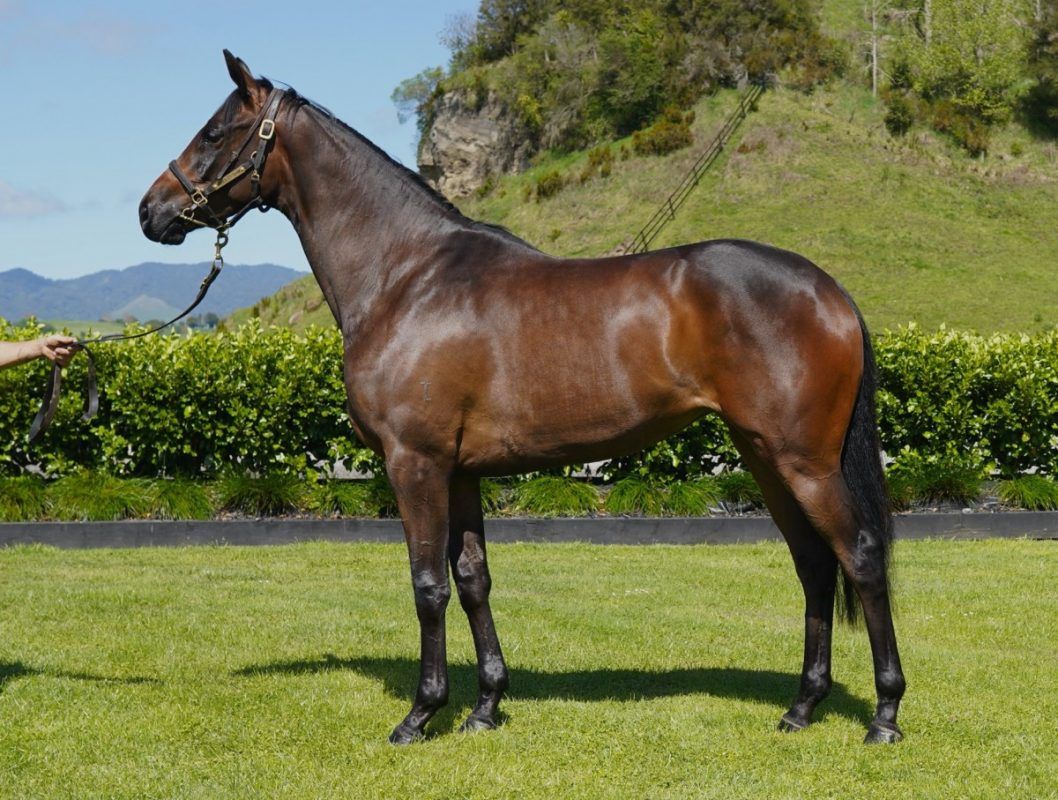 With the intention of buying a potential stayer, we purchased this 2 year old filly by Almanzor at the 2021 New Zealand Bloodstock Ready To Run Sale. She’s being trained in Perth by Grant Williams who has had so much success with fillies over a mile and further.

Almanzor was an outstanding racehorse in Europe. He won 8 races, 3 as a two year old from 1400m to 1600m, and five as a three year old from 1800m to 2100m. He won his maiden on debut, was a stakes winner in his juvenile year, and then in his classic year at 3, he absolutely excelled by winning Group 1’s in England (Champion stakes), Ireland (Irish Champion Stakes) and France (Prix du Jockey Club-the French Derby) to be crowned the European Champion 3 Year Old.

“He was hands down the best 3yo in Europe in 2016 and is a top class sire prospect”. Bill Oppenheim

Now hot property at stud as you would imagine, he shuttles between France and New Zealand, standing his Southern Hemisphere duties at Cambridge Stud in New Zealand at a service fee of NZ$30,000. He was the leading first season sire at the 2021 yearling sales in Australia and New Zealand with his yearlings being very much in demand selling for up to $800,000. His oldest French progeny are 2yo’s in 2021 and his oldest NZ progeny are 2yo’s in season 2021-22. In Europe, he’s already on the board with some smart 2yo’s and he’s certainly got people talking about the quality of his progeny. We’ll get to see them run in Australia and New Zealand this season.

This filly by Almanzor was Lot 235 at the recent 2021 NZB Ready To Run sale. Although her dam, Pearls won 3 races to 2200m, she’s a bit light on in her pedigree page, hence the price that we were able to get her for.  What she lacks in pedigree on the page though, she more than makes up for in physical presence and conformation, and clearly Almanzor has passed on his impressive physique. She’s a big filly, quite an imposing type, and stands at 16hh. 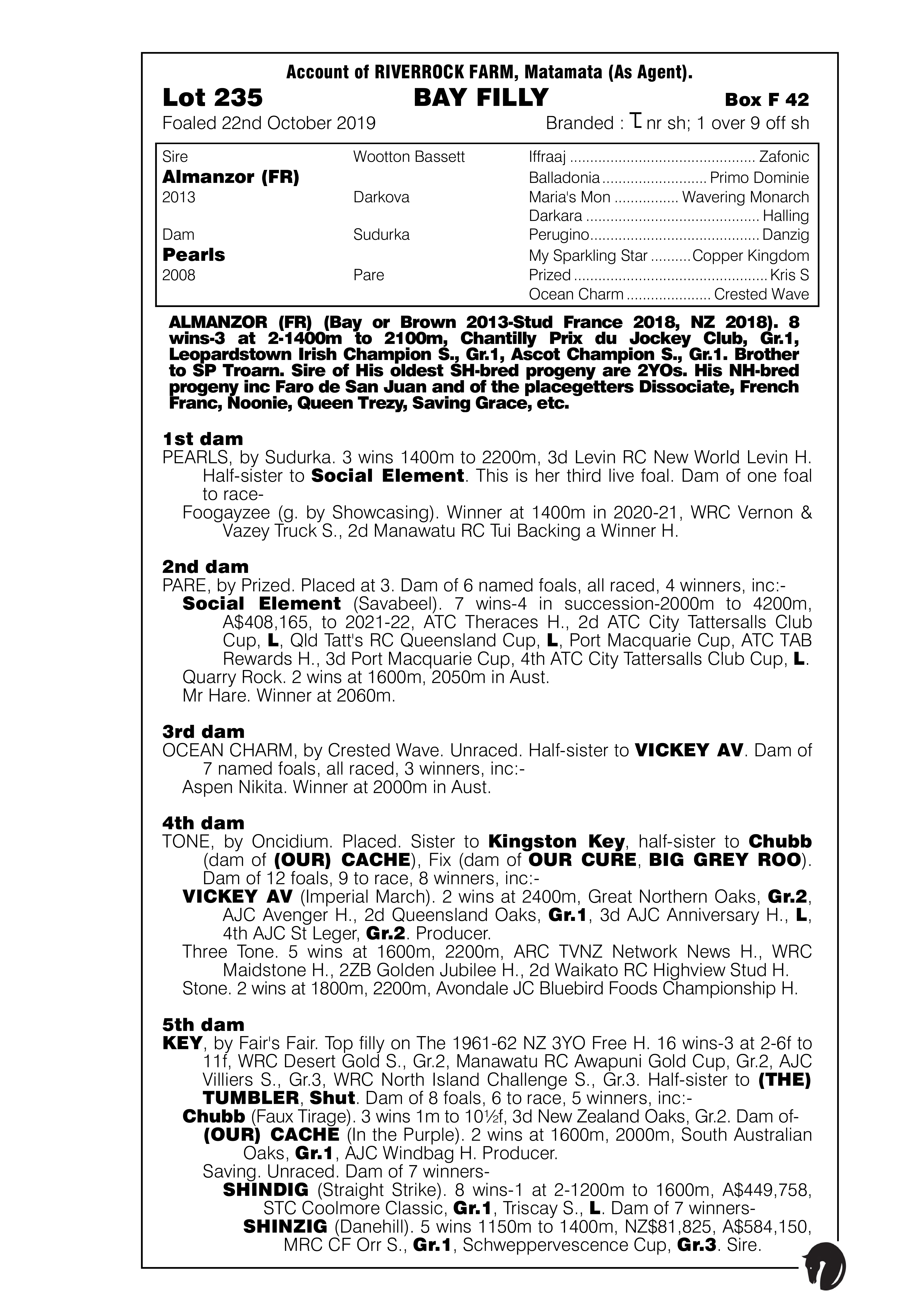