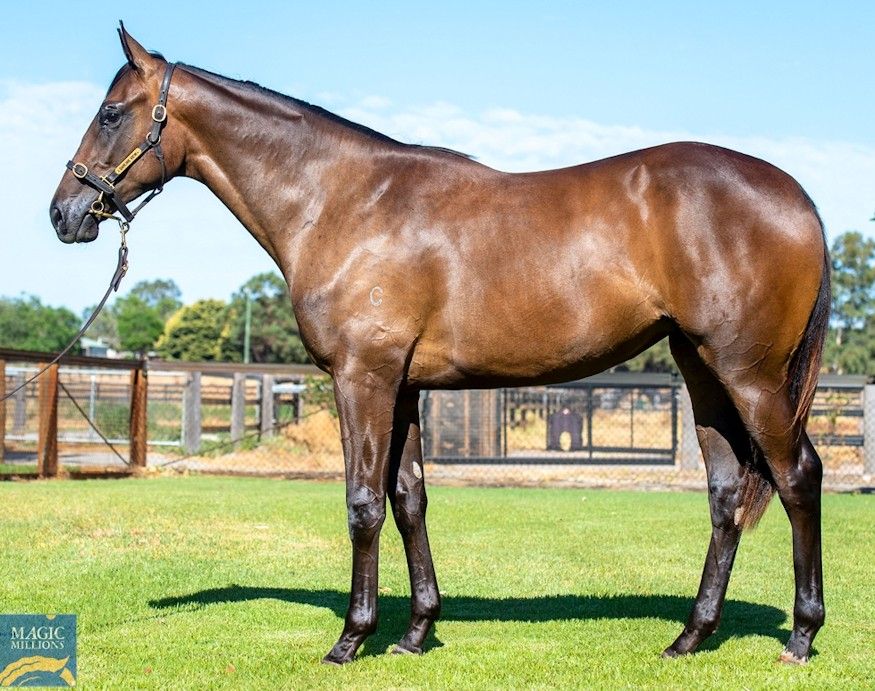 Introducing a very nice filly by a dual Group 1 winning Coolmore shuttle stallion, and from the immediate family of Western Australia’s leading sire Playing God. She’s eligible for the Westspeed Bonus Scheme and the Magic Millions Race Series, and she was selected at the recent Perth Magic Millions yearling sales by Grant Williams who will get to train her.  I shouldn’t have to say much more, and you shouldn’t have to think too hard about whether to jump in or not!

Pride Of Dubai was an outstanding two year old, winning both the Group 1 Blue Diamond Stakes and the Group 1 Sires Produce Stakes too. In fact he’s the only horse ever to have won both of those races! As a stallion at stud, he’s churned out a consistent stream of winners, and was the Champion Australian First Season Sire, Leading Second Season sire by winners, and is currently in the top 4 on the Third Season Australian Sires list too! He stands at Coolmore Stud in NSW for a fee of $22,000, and his yearlings have sold up to $300,000.

This filly is eligible and will be paid up for The Westspeed Bonus scheme, which is very popular amongst owners and trainers in WA, and for a very good reason. Standard prizemoney for a normal Saturday race in Perth (Tier 1) has recently gone up from $70,000 to $80,000 ($43,840 to the winner), but with a Westspeed horse such as this one, the owners receive an additional $16,500 for each Tier 1 race win, meaning a first prize of $60,340! And as if that’s not enough, a recent introduction is the payment of a Westspeed bonus for placegetters too. A Westspeed horse receives an extra $3,300 for second, and $1,650 for third, on top of the normal place prizemoney. That’s very handy and it all adds up!

The concept of horse racing syndicates means that you don’t have to outlay big figures to race quality horses. A 5% share in this horse for example is only $4,970, and once you’ve bought in, all you need to allow is around fifty dollars a week to cover your share of costs. Australian horse racing is the envy of the world. People from all over the globe are clamouring to invest in Australian thoroughbreds and participate in our racing scene, trying to win a share of the fabulous prizemoney on offer. You can do it very easily by taking just a small share in a professionally organised racing syndicate, and in this instance, get your horse trained by absolutely one of the best in the business, giving yourself every possible chance of success. 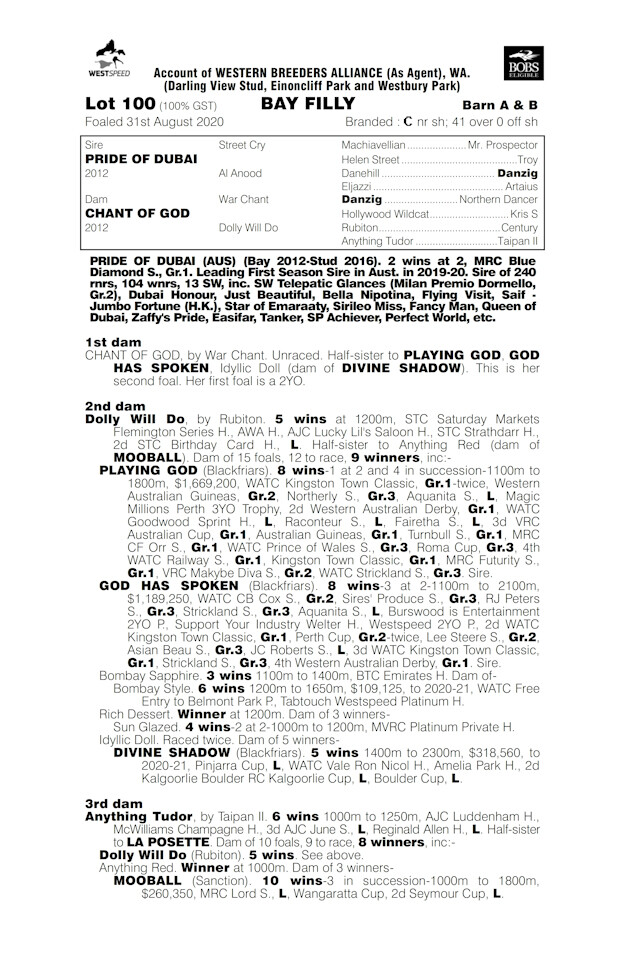