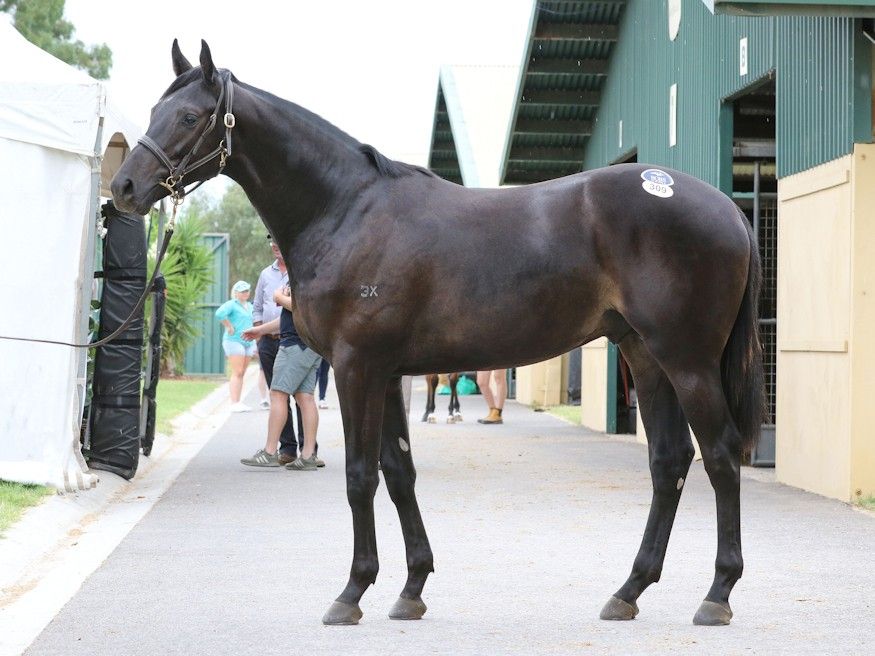 Here’s a good looking, athletic colt that took my eye at the 2022 Magic Millions Adelaide Yearling Sale. He’s by a new stallion on the block, SANTOS, who’s a Son of the breed shaper and emerging sire of sires I Am Invincible.

Santos was a fast and precocious juvenile who won the Group 2 ATC Skyline Stakes (1200m), a stallion making race, won previously by Snitzel, Choisir, Hinchinbrook, Manhattan Rain and I’m All The Talk.  He commenced stud duties in 2019, and his oldest progeny have just turned 2 year olds for the current 2022/23 season. From what I’ve seen of his yearlings at the various 2022 yearling sales (and I’ve bought two of them), he’s a good chance to be a success at stud.

I actually bought this colt to train myself, that’s how much I liked him, however with the emergence of young trainer Brock Lewthwaite who I’ve already sent two tried horses to, and who was churning out winners left, right and centre at the back end of last season, I’ve decided to send him a couple of young horses to train too. This is the first of them.

On the pedigree page, whilst this colt’s dam was unraced, his second dam was good enough to win 4 times, and his third dam was stakes placed at Newmarket as a 2 year old. There’s plenty of black type success through his third dam which should stand him in good stead. He’s been broken in, had his initial track education at Ascot, and after an 8 week spell post the breaking in, can start work again in the Spring.

The concept of horse racing syndicates means that you don’t have to outlay big figures to race quality horses. A 5% share in this horse for example is only $1,997, and once you’ve bought in, all you need to allow is a little over fifty dollars a week to cover your share of costs. Australian horse racing is the envy of the world. People from all over the globe are clamouring to invest in Australian thoroughbreds and participate in our racing scene, trying to win a share of the fabulous prizemoney on offer. You can do it very easily by taking just a small share in a professionally organised racing syndicate, and in this instance, get your horse trained by absolutely one of the best in the business, giving yourself every possible chance of success. 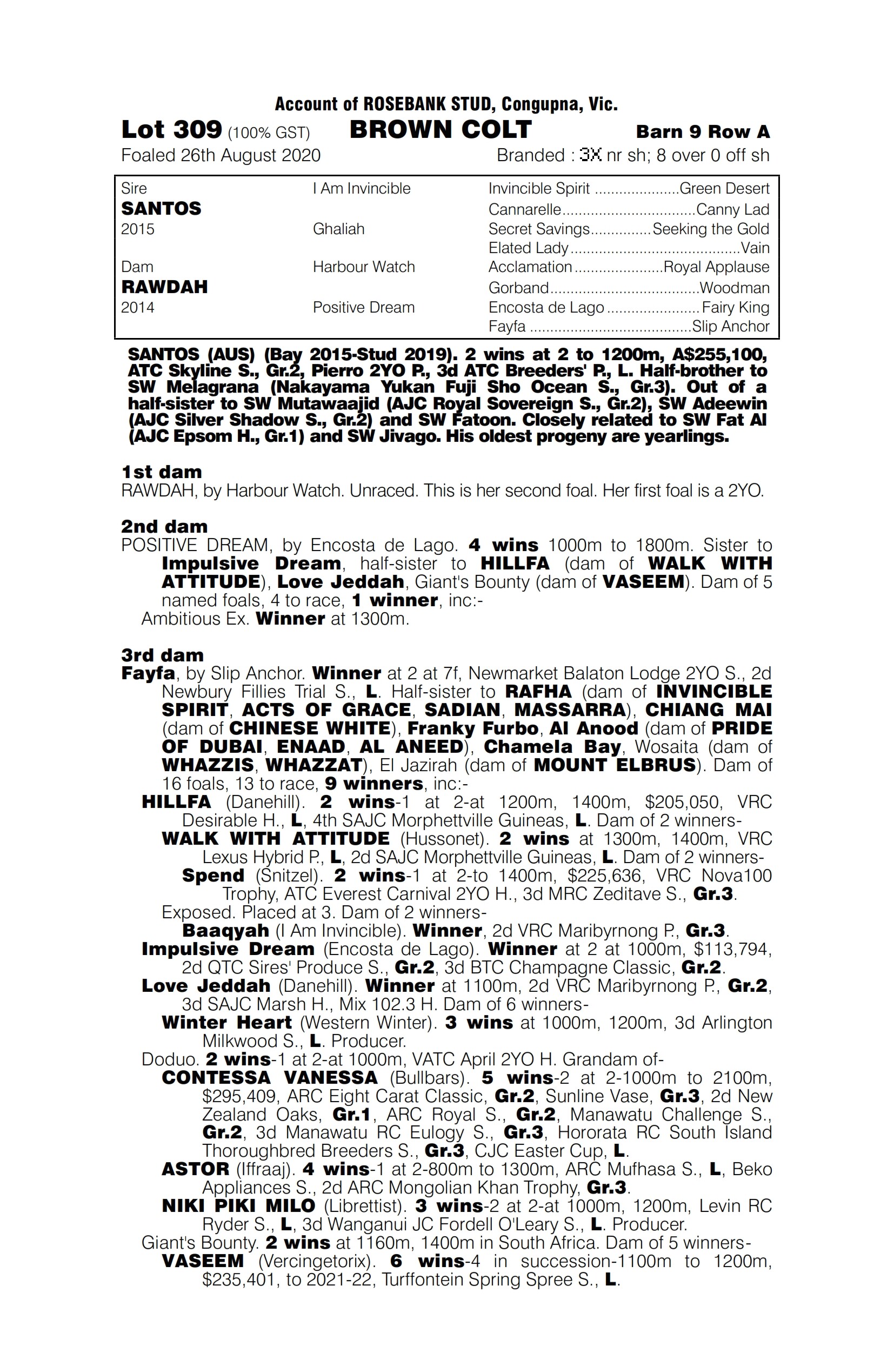