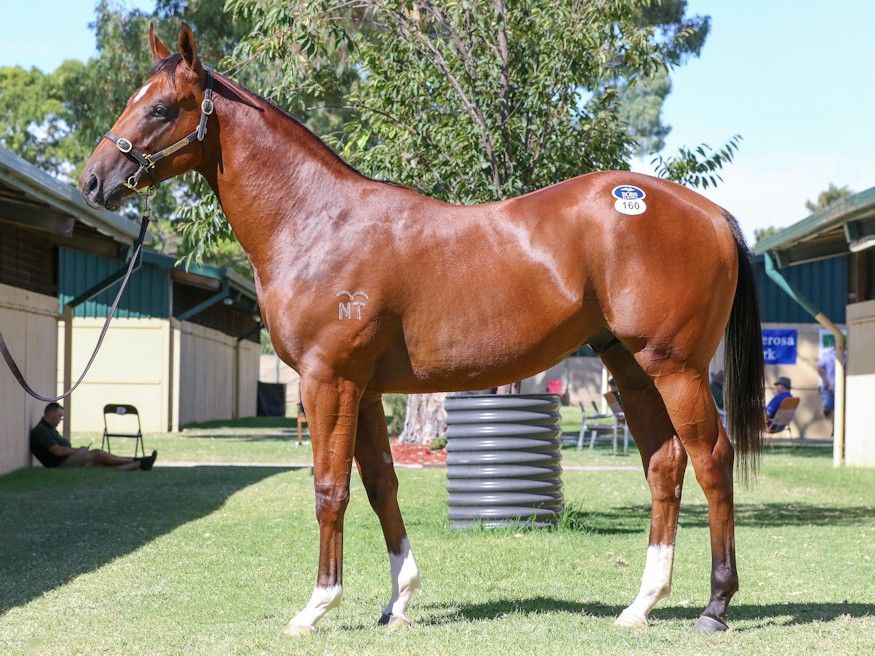 Call the Police-I’m pretty certain that this colt is yet another of our ‘sales ring steals’!

The progeny of Shooting To Win have sold well through the early stages of 2022 demanding an average price of $54,000. Hot on the heels of recent Group 1 winner in New Zealand MASCARPONE, the progeny of Shooting To Win continue to fire through the likes of Kubrick, Majestic Shot, Majestic Fame, Charleton Eddie, Fatale Femme and Dom To Shoot to name just a few. Whilst the price of yearlings in 2022 have increased significantly compared to recent years, it was a pleasant change for buyers to be at the Magic Millions Adelaide where some degree of normality returned to the market. It’s there that we were able to buy this great looking colt for just $17,000.

The dam of our colt is Harlem Shuffle, a Sydney city winning Oratorio mare who’s already produced two winners from just two to race. She’s a half sister to the Listed winner HARLEM RIVER who’s produced the very smart 2 year old of this season Lady Harlem, who was runner up in the $400,000 Inglis banner (Restricted Listed) at her only start. Further down the pedigree, we see that this colt’s third dam, the unraced mare Steam Heat, has had an impressive 13 foals to race and incredibly, all have been winners! Now that takes some beating!  Two of those fillies went on to stud and between them produced The Everest winner YES YES YES, and the dual Group 1 winning sprinter IN HER TIME.  Now that’s a lot of pedigree for $17,000!

Shares with us won’t come any cheaper than this for 2022, so if you’re looking for something in the ‘under $2,000’ price bracket, you won’t find a better buy than this colt.

A 5% share in this horse is $1,844 which includes all expenses to July 1st 2022. Once you’ve bought in, all you need to allow is around fifty dollars a week to cover your share of costs.

Brochures are now available on request… 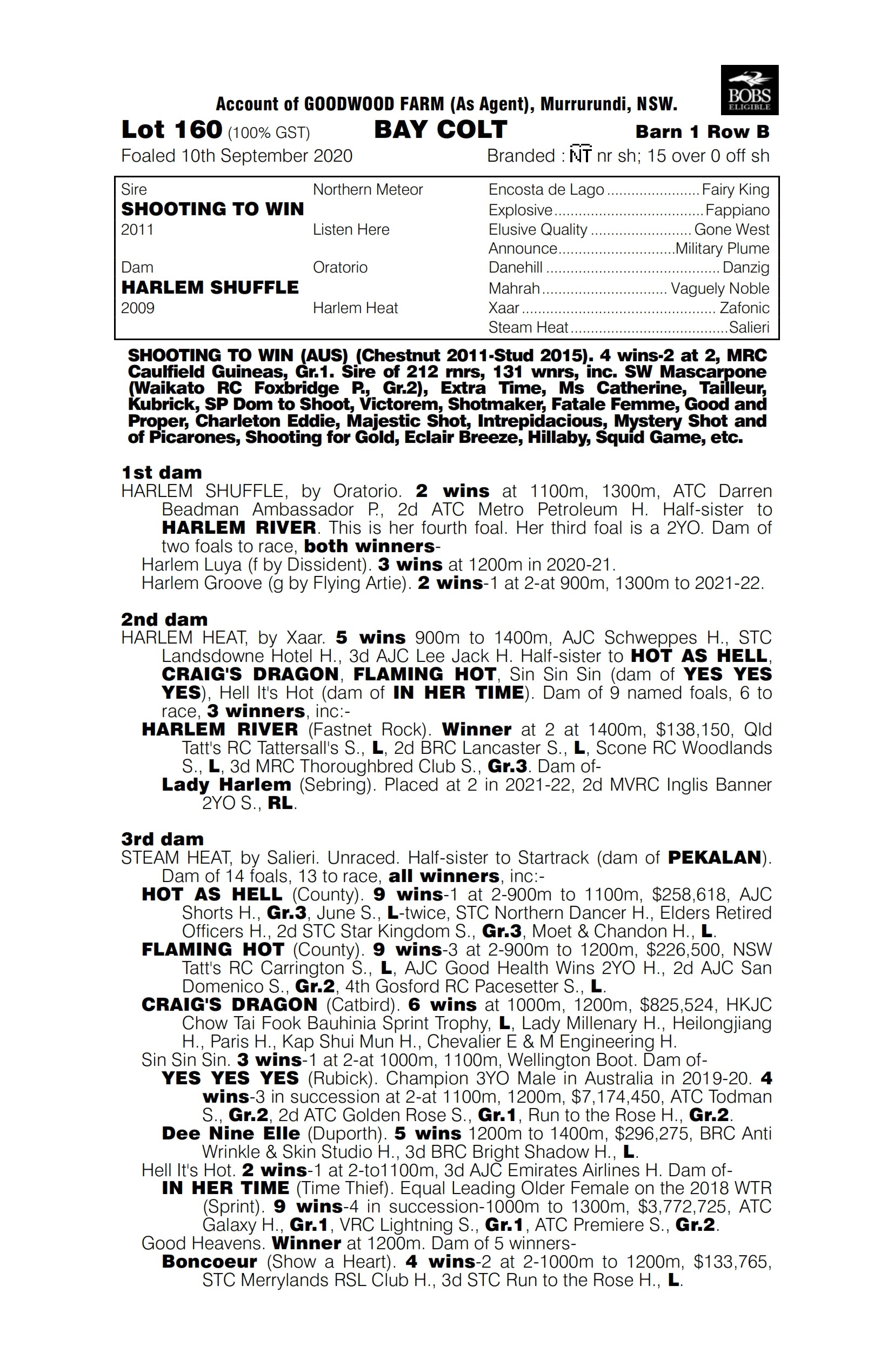