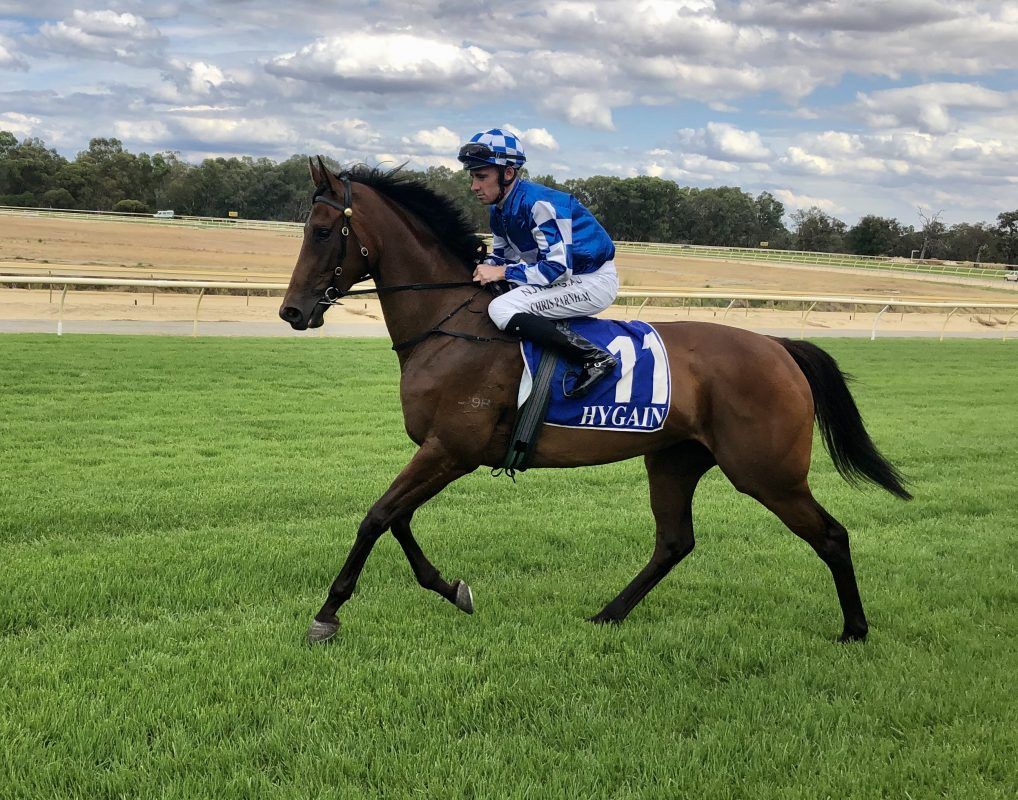 Think of horses such as BLACK HEART BART, PLAYING GOD, GOD HAS SPOKEN, ROHAN, BLACK TYCOON, and in fact an impressive 460+ other individual winners , and you have arguably, the best stallion to have ever stood at stud in Western Australia, the mighty BLACKFRIARS!

Western Australia’s Champion Thoroughbred stallion for the last 9 racing seasons, there’s hardly a week goes by without the progeny of Blackfriars winning races. They sprint, they’re at their best at around a mile, and they stay as well. If you want to own a winner, then you’re giving yourself a good head start by owning a Blackfriars….

This filly by the Champion stallion is a half sister to two city winners including Friarpak (4 wins to 2200m) and DOMINICANO (3 wins to 2400m including the TJ Smith Trophy-Listed). She’s bred to get over ground and has been given plenty of time to mature. And as you’re probably aware, if you own a good stayer in WA, it can win you plenty of prizemoney!

I purchased her back in Winter 2017 as a 6-month-old weanling. Since then she’s had a couple of little setbacks which in hindsight could have blessings in disguise. Being a staying bred filly, there was no hurry with her, and so she was broken in later than most other horses, and when I first thought of offering her for syndication as a two year old we discovered that she had a heart murmur which although it wouldn’t have prevented her syndication, I was mindful of the fact that it could have put people off. The vet’s advice to me was to give her an ECG 6-8 months later, and if it’s still the same or very little change, then there’s no problem. In that time we carried on and she was given two preparations as normal. The ECG’s have been done by Murdoch University and she’s been given the green light to continue as you can read from the two reports from two different vets that are included in this brochure.

Now a 3 year old at the time of approval of this PDS, she’s in her third preparation and has received excellent reports from everyone who worked with her. She’s got the most imposing physique and oozes presence. Even the vet who inspected her commented that this was one of the most impressive looking horses we’ve ever sent to him for a syndication certificate. And most importantly, trainer Danny Morton has had her in work and already knows that she goes good sending through this report:

“She’s been doing everything right on the track, got up to good speed in her work and has shown enough to suggest she’ll make the grade”. Dan Morton

UPDATE 16/12/19. Working very well and on her to her debut trial at Belmont Park on Monday December 23rd.