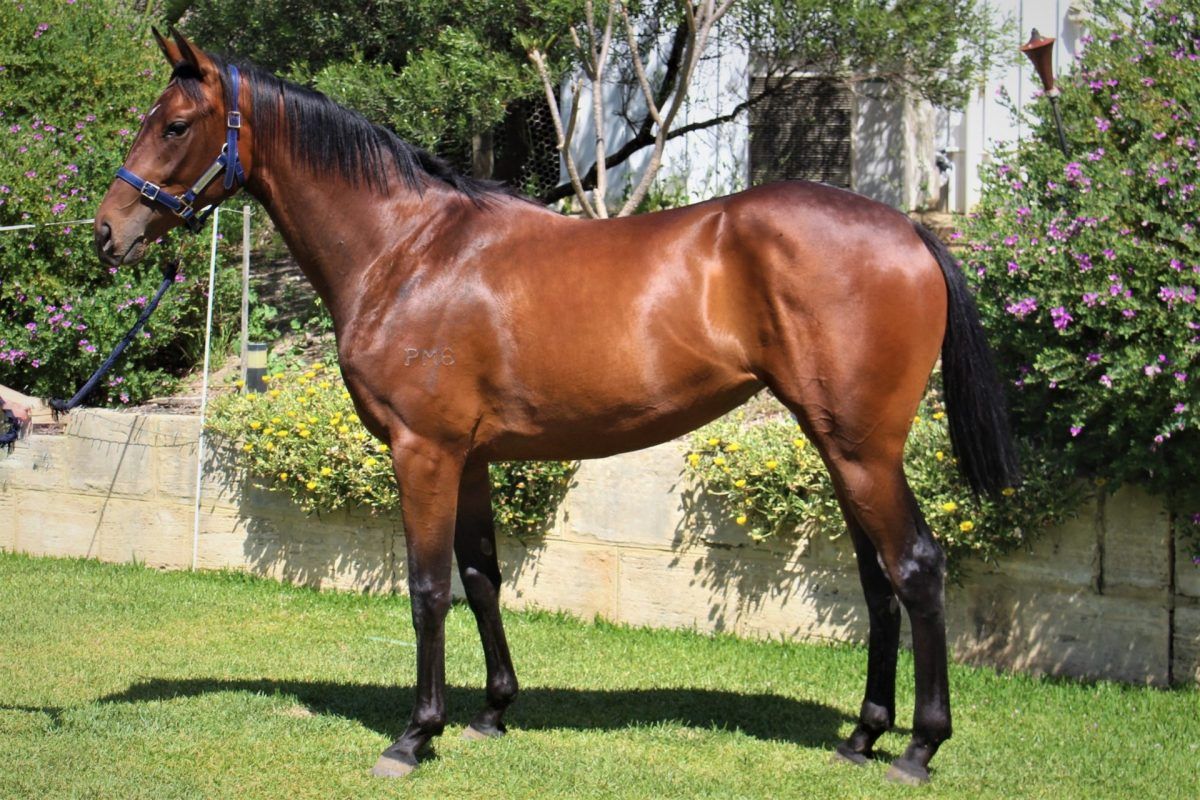 If it’s a staying bred filly that excites you, then take a look at ‘So In Love’.

This new season 3 year old filly is by the grand European stayer ILLUSTRIOUS BLUE who was good enough to win 10 races, 4 times at Group and Listed level and was a durable racehorse winning from 1400m to 3200m, including a top ten finish in the Melbourne Cup! His stock benefit from being given plenty of time, and show their best over the staying journeys which is a positive given the good number of staying events on offer nationwide and the lucrative prizemoney attached to them.

The dam of So In Love, Red Geisha was also pretty durable too winning from 1200m to 2040m including at Moonee Valley. This family descends from the South Island of New Zealand which is renowned for producing tough, staying types, and it includes amongst them the Group 1 Wellington Cup winner CLUDEN CREEK. So In Love is a full sister to Deep Purple who was good enough to win twice over 2400m in Victoria, so importantly, we know the cross works with this breeding.

So In Love has been given plenty of time to mature and is being offered for syndication at the right time. She’s well educated having had a recent preparation through June and July, with trainer Misty Bazely, having good things to say about her:

“It’s no surprise to you how much I like this filly. She came along in leaps and bounds during that second prep, and next time she’ll be spot on to get to trials and hopefully then we’ll be off to the races with her. She’s a lovely filly who’s prepping up like a stayer”-Misty Bazely.

So, all the works been done. She’s been broken in, had two mini preps getting just short of trialling the second time, and in her current campaign she’ll be ready to trial, and that should be around the end of October/early November-about Melbourne Cup time!  If all goes to plan, she could be having her first start in a race later in November.

This is a 20 share syndicate priced at $1,650 each, which includes the share in the horse, breaking in, and all other acquisition, transport and holding costs incurred to October 1st 2021 which, to be fair to everyone, is the date that syndicate fees commence on for all owners irrespective of sign up date.

The fees are set at $220 per calendar month (billed quarterly in advance) and are budgeted to include all normal and expected costs associated with racing a horse including training, agistment, farrier, transport, vet bills, incidental expenses, syndicate admin and management. Insuring your share is optional. In fact, with the exception of  possible feature race payments and interstate travel (which are bills you want because it means that you’ve got a very good horse!), there’s nothing else to pay!