Invisible String Stays Unbeaten And Makes It 2 From 2! 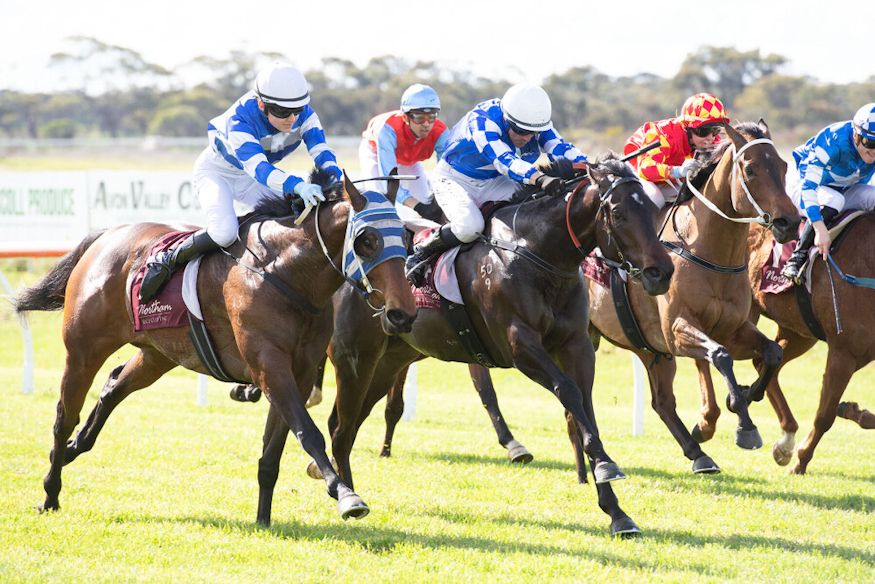 The gorgeous looking Invisible String made it two wins from two starts  at Northam on Thursday, much to the delight of his very vocal group of owners on course. He only won narrowly, which was exactly what he did on debut, but he showed a ton of grit in a driving finish, and demonstrated once again to us all, that he’s a real racehorse who knows how to find the line. A former $75,000 purchase at the Perth Magic Millions Yearling Sale in 2021,  the future looks to be very bright for the Trevor Andrews trained gelding. There’s hardly a week goes by when someone doesn’t ask me about his name, so for those that don’t know the story, here it is…

Submission received from Dan Mathews: Pete, the name we would like to put forward for the gelding is “Invisible String”. I’m not sure if you remember this from when we first spoke, but the main reason we wanted to jump in on a horse was for our best mate Ian Meachem (he is one of the 3 in our little Resilience Racing syndicate). Ian and his wife Tanya lost their youngest son Toby to Lymphoma cancer in April this year. Toby was only 5 years old. We thought setting up a syndicate and getting in on horses would be a good way to keep us connected with Ian and also a great excuse to catch up on track for a beers whenever our horse runs!

Obviously we had feedback from yourself about this horse and we were also looking at The Gingerbread Man colt at the time, but what sealed it for us was seeing that the mother of the Oratorio horse was called Hallowell Angel which really resonated with us all at the time.

In terms of the name “Invisible String”, this relates to the fact that towards the end of Toby’s time, a children’s book of the same name was the Meachem family’s favourite book. The book was actually how Ian and Tanya approached the subject of death with Toby and their oldest son Logan who is 8. The concept of the Invisible String explains how love and connection between people can always exist despite physical distance / location. This message has been especially important for Logan so he knows that despite Toby not being here physically anymore, there will always be an invisible string of love that connects Toby directly to him and all of us forever. Anyway mate its getting a bit full on writing this so if you ever get a chance to check the book out, we highly recommend it as a great way to teach young people (and even older ones) how to cope with all kinds of separation, anxiety, loss, and grief.

We also think Invisible String is a great name for a racehorse as it is such a good way to think about an Owners/Trainers connection to a horse – especially on race day as we are all cheering from the sidelines!!

So we totally understand there is no guarantees with the name but obviously wanted to take the time to explain the reason we are nominating the name “Invisible String”. Cheers Dan.

So now you know….