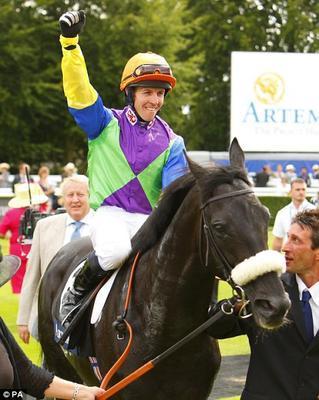 Illustrious Blue ran 9th in The Melbourne Cup last year and since then he’s had intensive treatment for a niggling fetlock issue which has troubled him since, Mr Morley said.

“After last year’s cup and the ensuing injury cloud, a number of the eastern states owners sold their shares, most of which were taken up by our Belhus Racing clients resulting in myself being asked to manage the horse while it is still racing and then onto his next career as a stallion.

“Leading Sydney trainer, Chris Waller took over the training of Illustrious Blue in August and his short term goal is The Metropolitan Handicap (2400m) at Rosehill in October.

“Chris’s willingness to train this horse is an indicator that, despite him being a 9 year old, he is comparatively lightly raced and still has the ability to compete at the highest level.”

“In his first up run for Waller he finished four lengths from the winner in the Group 2 WFA Chelmsford stakes over an unsuitable 1600m, and his run in the Hill stakes last Saturday was satisfactory given that the race wasn’t run to suit. The owners hold positive hope that he’ll return to his best form as he gets up to more suitable distances of 2400m plus.”

“Our stables have enjoyed great success over the years winning hundreds of races including Group and listed races here in Perth, however it would be enormous to take off one of the major Eastern states races for our clients. The horse’s medium term goal is another start in this year’s Melbourne Cup in which he is currently around 36th in the order of entry, but at this stage our owners are enjoying the ride and taking it one race at a time”, Mr Morley said.