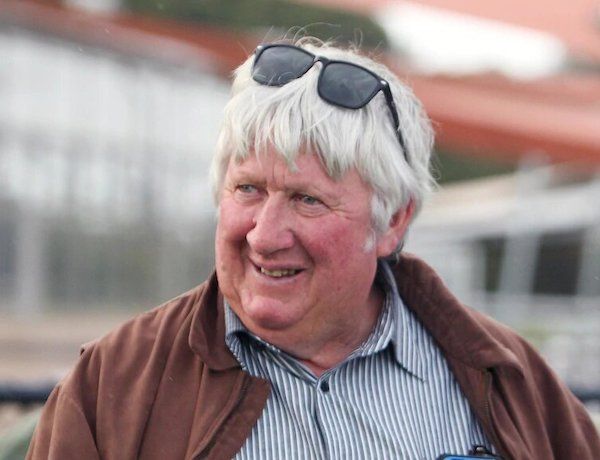 A shearer by trade, Steve is a self-taught trainer who has progressed from hobby bush horseman to one of Western Australia’s leading thoroughbred racehorse trainers.

Widely respected among his peers for his often-outspoken advocacy for the future of the racing industry in his public interviews, Wolfe is one of WA racing’s most polarising characters and is the state’s only trainer to occupy full-time operations in both metropolitan and provincial areas. If you want to know something about the racing industry here in WA, just ask Steve because he tells it how it is!

Now 71, ‘Wolfie’ as he’s known to everyone, has turned out multiple class thoroughbreds from both his Albany and Ascot stables over the past few decades, and they include horses such as Go The Grey, King Brian, Mapperholic, Wolfe Dreams, Mr Utopia and his latest stakes winners, Lordhelpmerun and Red Can Man.

Based in Albany (400km south east of Perth), SJ Wolfe Racing is the only country-based operation with a full time satellite establishment in Perth, and it is this point of difference that gives SJ Wolfe Racing an edge over its rivals.

Horses located in Albany are able to train on the racetrack, beach and through the bush for 12 months of the year and naturally, most of them thrive in the rural setting.

Horses stationed in Perth have access to first-class training facilities at both Ascot and Belmont racecourse, the epicentre of racing in WA.

SJ Wolfe Racing has been the dominant force in the Great Southern (Albany and Mount Barker) for the last 20 years, and has consistently topped WA’s leading provincial and country training premierships.

With up to 40 horses in training at any given time during the spring and summer months, his main base is at Albany where he has very good facilities for training horses which include a 100m swimming pool, an 8 horse walker, two treadmills, nearby access to peaceful bush trails, the Albany racetrack, and of course the beautiful stretches of pristine beach that Albany is famous for.

A real character of the racing industry, you’ll enjoy having your horse trained by Steve Wolfe!