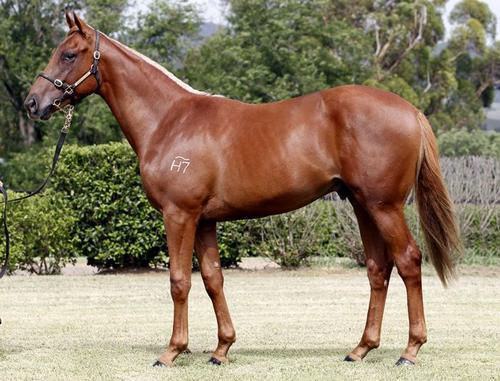 This week sees the release of our two new two year olds to be trained in Perth by one of the best in the business Lindsey Smith.

It’s a fact that a good majority of the city races in Perth are won by horses sired by Eastern States stallions. Our two new horses are by Zoffany and Star Witness-two very good stallions based in NSW.

Zoffany is already a WORLD CLASS stallion being the leading European sire of two year olds. His juveniles in Europe have done exceptionally well and now they know that they can run, breeding giant Coolmoor have reportedly tripled his service fee and made it by ‘application only’. Our Zoffany (pictured) is a two year old gelding from the mare Abalone making this youngster a half brother to the 8 time winner of nearly half a million dollars and now stallion prospect ‘Hurdy Gurdy Man’! The oldest progeny of Zoffany in Australia are new season two year olds so we’ll get to see them race very soon. This horse should be ready to trial in October and as he looks a real athletic jump and run type, we can’t see any reason why he wouldn’t go straight to the races.

Star Witness was always destined to be a very good stallion. He was an exceptional racehorse and has already started producing winners-and Stakeswinners-from his initial juvenile crop. Our filly is just the second foal from a multiple winning half sister to Lucky Eighty Eight who won over $300,000 in prizemoney. She’s been given plenty of time to mature and is at the breakers right now. I’d expect to see her run around Easter time 2016.

Both new partnerships are pending approval from the Lead Regulator.