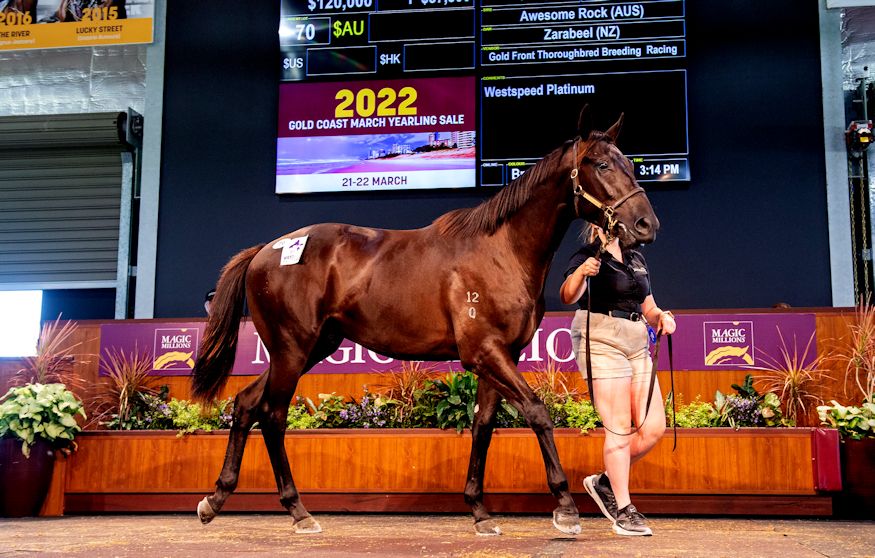 It’s not often that we pay six figures for our horses at the yearling sales, but in this instance, we just had to have this colt on our team. With the hammer dropping at $105,000, this colt by Awesome Rock from a three times winning Savabeel mare, Zarabeel is destined to be trained at Karnup by Grant Williams. Grant knows how good the Awesome Rocks can be too because he’s currently got the unbeaten Rockanori who’s 2 from 2 in his stables. After a four week break after the sales prep, the colt will be off to the breakers. He’s a Westspeed Platinum colt, and he’s being offered into 20 shares at $7,150 each.