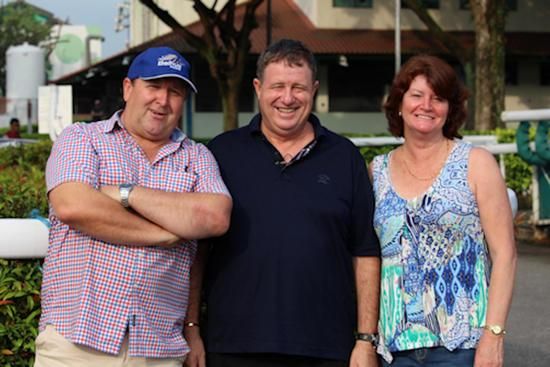 Perth based Belhus Racing Stables have announced their intention to expand their racing team to Singapore and have appointed Kiwi ex-pat Stephen Gray to train the first draft of their horses to head to Kranji.

Belhus owner Peter Morley is one of the longest standing horse racing syndicators in Australia, and is now in his 23rd year in the business. “Singapore has interested me for quite a while now, mainly because it’s on the same time zone as Perth and we get good coverage of the racing there, but also because I’m sure that the fixed training fees, the heavily subsidised vet costs, and the innovative ‘Reward Incentive Scheme’ provided by the Singapore Turf Club will appeal to our owners. From all the research I’ve done and people I’ve talked to, I’d say that racing a horse a horse in Singapore is a good deal and I hope that our current Aussie owners, and potential new owners who live in Singapore too can get on board with a share or two. It’ll be good fun”.

The first of the Belhus horses to travel to Singapore will be a rising 3 year old New Zealand bred gelding by the good winner producing stallion Denman. “He’s had the one trial in New Zealand for a well held second, and Stephen’s team there say that he’ll make the grade for sure” Morley said. “He’ll travel up there in the middle of August and I can’t wait to start seeing our blue and white colours go around at Kranji”!