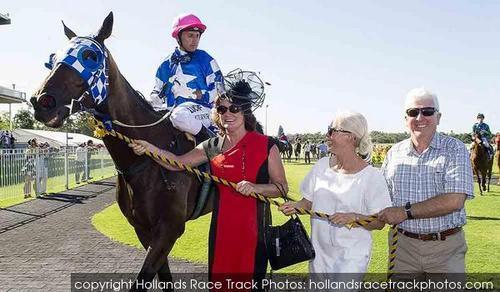 Tough as teak six year old gelding Bobby Benzine was the ‘last man standing’ in a fast run 2400m race at Ascot on Saturday, more or less repeating his last win of nearly 12 months ago which was also run in near 40C temperature.

After knuckling over at the start and losing a few lengths in the process, he was ridden an absolute treat by jockey Troy Turner who kept his cool and always had him well postioned as the field eventually strung out, Bobby Benzine relished the conditions on the day and proved to be the superior stayer, winning eased down on the line by 3/4 of a length.

Unlucky not to have won at least 3 or 4 races in this campaign for various reasons, Bobby thoroughly deserved this win today as did his patient owners!

It goes without saying that he had a double helping of carrots in his feed when he got home!