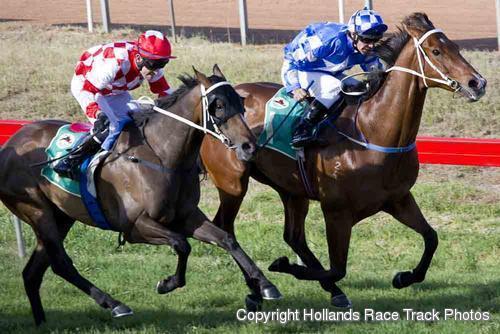 Henry The Pharoah won his fifth race late last month when he won again at Northam on October 28th! Albeit by the barest possible margin, Henry showed plenty of tenacious courage to hold off a late challenge and win by just a nose-the same margin as the Melbourne Cup winner!

The win took his record to 31 starts for 5 wins, 5 seconds and 4 thirds and tipped him over the $100,000 mark in prizemoney. Out of those 31 starts, he’s finished in the top 5 a creditable 19 times! He’ll get the opportunity to add to that tally of wins and prizemoney when he tackles city racing once again very soon…

He’s obviously really enjoying life out in Muchea with trainer Fenella Martin and her husband Jeff, and with a recent formline of 1,2,1, there should be quite a few more wins in store for ‘Henry’!