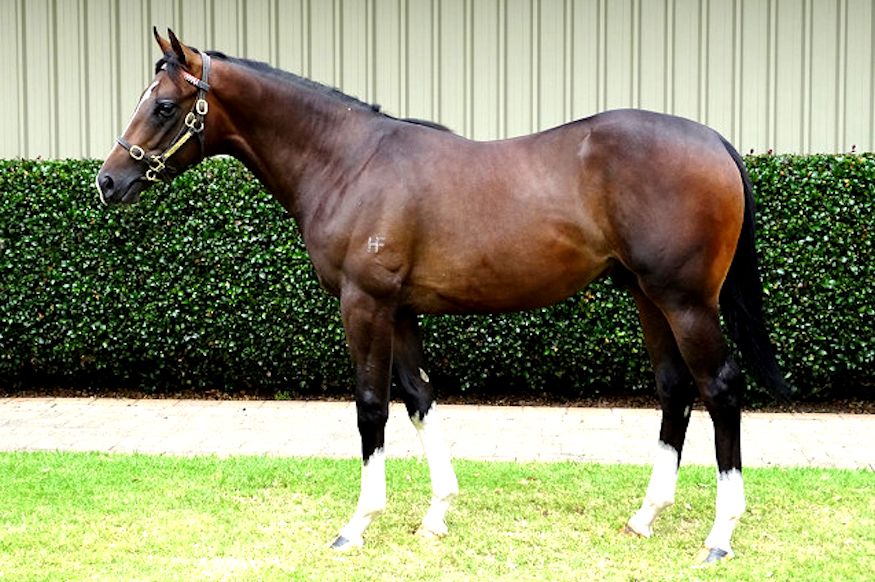 Here’s a ripper of a colt as you can see from the photo below, and I can’t wait to get him over here. We’ve been pretty lucky in the last two or three years buying some top class horses at auction for not a lot of money, so let’s hope he’s another of our ‘sale ring steals’!

As you know, he’s by a stallion new to our shores, the Japanese Group 1 winning miler SATONO ALADDIN.

A high class and incredibly tough racehorse who was precocious enough to win on debut as a 2-year-old, and was a Stakes performer in every year that he raced which was as a 2, 3, 4, 5 & 6 year old, along the way contesting an impressive 10 Group 1’s and 21 stakes races, Satono Aladdin regularly thrilled Japan’s racing fans demonstrating an incredible turn of speed and was renowned as being one of the most brilliant finishers in Japanese racing. It was in his final year of racing that he won at the elite level by taking out Japan’s highest rated mile, the Gr.1 Tokyo Yasuda Kinen, in a sizzling 1:31.5. Now that’s class with a capital C!

Now at stud in Japan as a stallion, he also shuttled to New Zealand in Southern Hemisphere time, and the first of his progeny are being offered at yearling sales right now. The quality and athleticism of Satono Aladdin’s first yearlings to sell in New Zealand recently at Karaka 2021 was there for all to see, and reached a top price of $360,000. This colt is a half brother to 6 winners and has a very nice pedigree to match his good looks, with each dam on the page doing very well at stud. His third dam had 10 to race for 9 winners, his second dam had 3 to race for 3 winners, and his first dam Alzira has had 7 to race for 6 winners! Alzira is a half sister to PENDRAGON who won twice at Group 3 level and was placed at Group 1 level before going on to become a stallion, the two of them both being out of the high class New Zealand Oaks winner ALACRITY who was good enough to be crowned Champion Australasian 3yo filly of her year in 1995-96.

As a type, this colt is very much in the mould of Satono Aladdin, and also bears a great resemblance to the mighty GROSVENOR, the sire of Alacrity. He’s a good bodied type with correct leg conformation, has a good walk, and has plenty of presence. He’ll be a great addition to our team and we can’t wait to get him over to Perth where he’ll be trained by Alan Mathews, who’ll no doubt give him-and you-every opportunity to get in the Winners Circle.

‘Bred To Win’ of Satono Aladdin at Rich Hill Farm in New Zealand (skip to 4.28).

This is a 20 share syndicate priced at $3,625 each, which includes not only the yearling sale purchase price, but also the transport costs to get him from New Zealand to Perth, and all other associated costs right through to April 1st 2021, which, to be fair to everyone, is the date that syndicate fees commence for all owners irrespective of sign-up date. The syndicate fees are set at $220 per calendar month (billed quarterly in advance) and are budgeted to include all normal and expected costs associated with racing a horse including training, agistment, farrier, transport, vet bills, incidental expenses, syndicate admin and management. Insuring your share is optional. In fact, with the exception of  possible feature race payments and interstate travel (which are bills you want because it means that you’ve got a very good horse!), there should be nothing else to pay.

Colts like this are just the ones we like to buy. Good, strong physical types with a bit of length about them, and with a winning close up pedigree too. He’ll be a great addition to our team and we can’t wait to get him over to Perth where he’ll be trained by Alan Mathews, who’ll give him-and you- every opportunity to get in the Winners Circle.

The brochure for this new syndicate is now available on request… 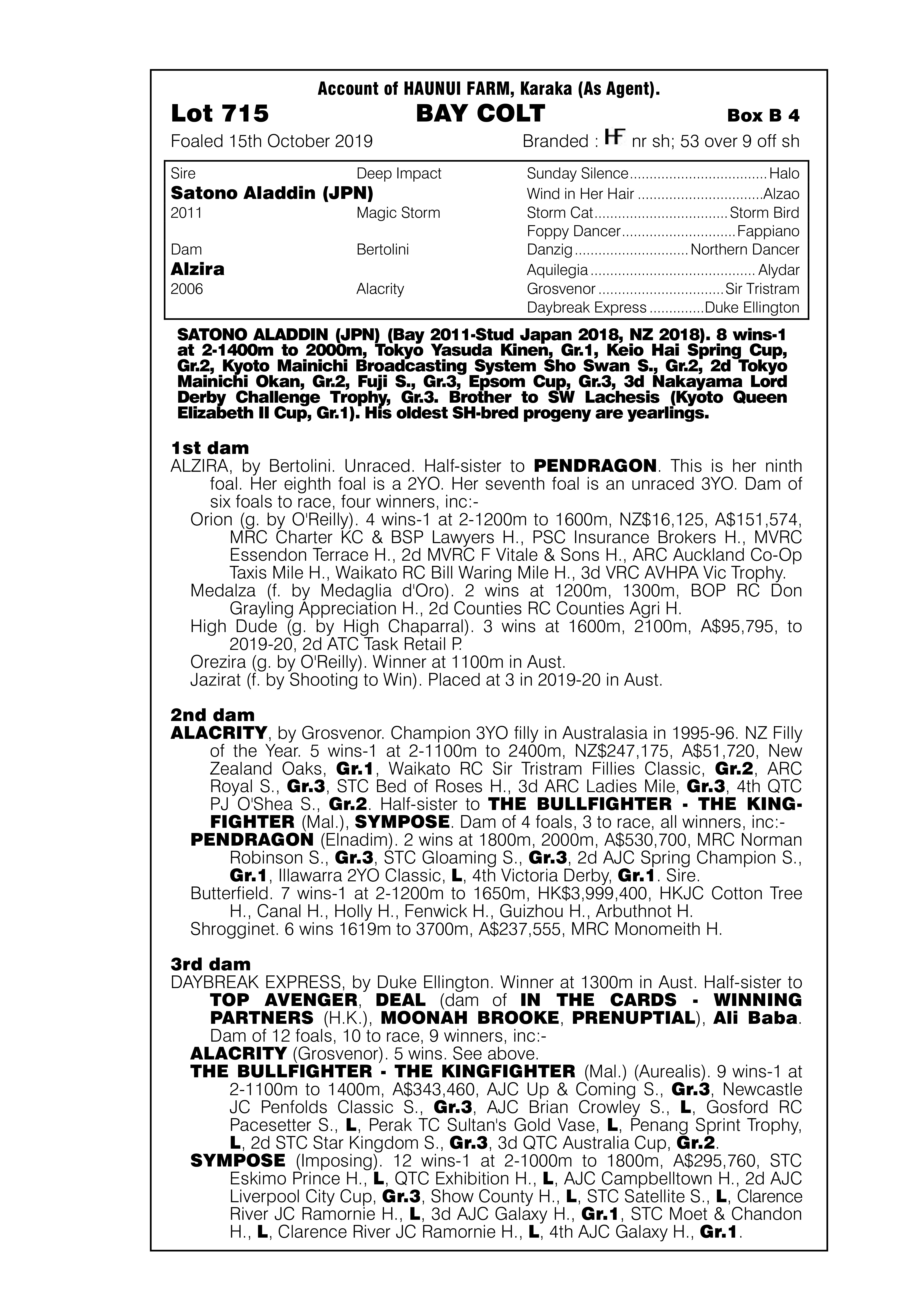