New Horse To Be Trained At Ascot by Paul Jordan… 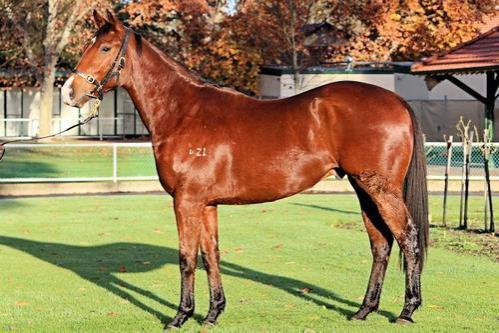 Here’s a rising 3yo by the very promising stallion HUSSON LIGHTNING.

A fast and precocious young racehorse, Husson Lightning won the Group 3 Maribyrnong Plate at Flemington and The Magic Millions 2yo race at the Gold Coast. With a further two placings in Group and Listed company, he won just over $450,000 on the racetrack before being retired for stud duties. With such an impressive background it came as no surprise to see his first yearlings sell for up to $100,000 and his first crop two year old’s in 2011/12 elevate Husson Lightning to the top end of the First Season Sire’s table in Australia.

This young horse, from the unplaced mare Scotch Twist, is a rising three year old who’s been taken along patiently and been given plenty of time to mature for no other reason than because that’s how we like to do things! On the pedigree page, his second dam Celtic Lore (by Commands) was a winner of two races-both on city tracks in Sydney, and his third dam Yseult (by Sir Tristram) won four races-again all on city tracks in Sydney. Further down in his pedigree, his fourth dam was SHAYBISC, the Champion 2yo & 3yo filly in Australia/New Zealand!

From a conformation point of view, he’s well grown with good muscle tone, correct legs and nicely shaped solid feet. He stands 15.2 hh and he’s got a big stride on him. He’s been broken in, spelled, and given a nice little first preparation where he got up to solid 3/4 pacework. He’s now back in the spelling paddock and he’s scheduled to go into full training with Ascot trainer Paul Jordan in August.

He’s being offered into a 20 share syndicate at $1,100 each with syndicate fees of $187.50/month (billed quarterly) which equates to exactly $6/day. Brochures on the syndication will be available in the first week of August pending approval by RWWA…