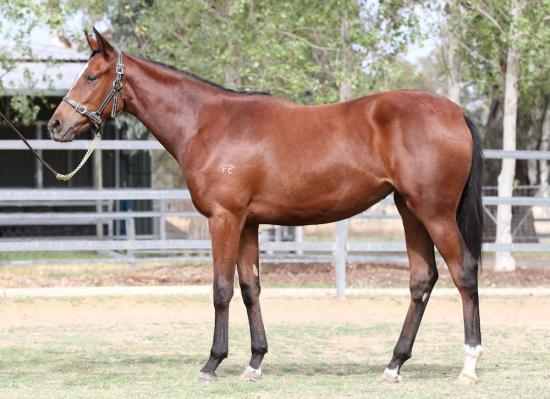 If You Want To Get A Good Stayer, It Pays To Breed One Specifically For The Job And Have a Little Bit of Patience…

There’s no doubt that Australian breeders can produce a good sprinter, but when it comes to turning out quality stayers that can hold their own with the World’s best, generally speaking, we’re left wanting.

The recent trend of buying overseas stayers and importing them to race in Australia was a good idea for a while-when there were bargains to be had-but due to supply and demand, prices for this type of horse have skyrocketed and now it’s become a very expensive punt. Also, for every good one, there seems to be plenty more that don’t measure up, So nowadays, if we Aussies want a decent stayer, we have to breed one!

And, with the spread of Australian prizemoney heavily biased towards staying races, who wouldn’t want to own a decent stayer? Over 40 per cent of the rich Group 1 prizemoney on offer is allocated to races run over 2000 and more, yet it’s estimated that less than 10% of Aussie racehorses compete in this distance category.

Some of Australia’s best races such as The Cox Plate, The Mackinnon Stakes, The Lexus, The Sydney Cup, and the newly established $4,000,000 Queen Elizabeth Stakes etc, are often presented with less than a full field. It seems of late, that only the Caulfield and Melbourne Cups with their combined value of $9,000,000 are guaranteed the maximum allowed number of starters competing for their glittering prizemoney and enormous prestige.

The Kiwi’s of course have been on to this for ages, and still they regularly plunder the riches in our longer races. Horses like Mongolian Khan, Lucia Valentina, Tavago, Volkstok’n’barrell, Sofia Rosa, Preferment, Tarzino and last year’s Melbourne Cup winner Prince Of Penzance were all bred in New Zealand.

Australia’s number 1 trainer Chris Waller (also a New Zealander) said recently in an interview with popular website Racenet, that the onus now lies with Australia to strengthen its staying stock and place less emphasis on speed and precocity.

‘It now comes back to finding value in yearlings that can run over a staying trip and be competitive in our Oaks and Derbies,’ he said. “We’ve got about 10 Oaks and Derbies in Australia and they’ve all got lead-up races but the owners have to be patient. I think we have to re-educate people about seeing past a horse’s two-year-old year and learning how to preserve them, me included.’

So with that in mind, maybe the next horse you should be investing in is a horse that’s purposefully bred to stay. This filly by ILLUSTRIOUS BLUE (10 wins at International level to 3200m) from Red Geisha (3 wins to 2000m) is exactly that. Her Dad was a very good stayer, her Mum won up to 2000m, and her current season 2 year old full sister named ‘Deep Purple’ has been tagged by trainer Robbie Laing as his ‘Oaks filly for 2016’. An imposing individual who Robbie says is the biggest 2 year old in his stable (she stands over 16 hands high which is pretty impressive for a 2 year old filly!) everyone that’s had anything to do with Deep Purple has had good things to say about her, and now we’re able to offer her younger full sister for syndication.

So if like me (and of course the other 700 or so people that we currently have as owners of our horses between the Belhus Racing Stables and Grand Syndicates teams), you want to experience the thrills and excitement of owning a racehorse, then consider a lifestyle investment in this filly. It’s $1100 to buy a 5% share, and costs less than fifty bucks a week to pay up for. It’s hardly going to break the bank and she could be the one to bring you your ‘magic moment’…