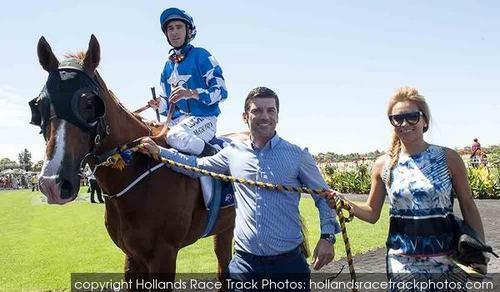 Our latest tried horse purchase from the Eastern States, PASEO DEL PRADO has his owners in raptures after he’d trounced his oppposition to win eased down by a couple of lengths in rather an auspicious Western Australian debut.at Ascot on New Years Day.

New trainer Trevor Andrews turned the gelding out looking in magnificent order and his good looks sure did match his ability as he burst clear of his rivals half way up the straight to put the result beyond doubt with 200m to go. It was a very exciting win not only for the owners, but also the many punters around Australia who backed him from as much as $17 into his starting price of $8.00.

A $75,000 purchase from one of Australia’s leading owner/breeders Gerry Harvey (who’ve we’ve now purchased 3 horses from for 3 city winners) Paseo Del Prado looks to have a bright future in Perth where he’ll ultimately be tested in quality races around the 1600m-1800m mark.