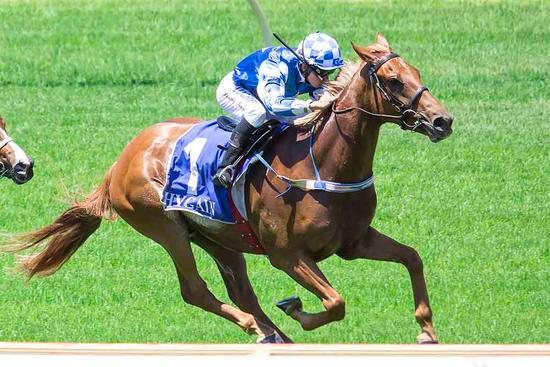 Prize Catch lifted his CV to another level when finishing a terrific 3rd in The Perth Cup at Ascot on January 5th. It was a career best performance for the good looking, very flashy chestnut gelding, and the run had his owners thrilled to bits and jumping for joy. Only Star Exhibit-a previous winner of the Cup, and the race favourite-Action beat him home. The prizemoney for 3rd was $45,000 and that lifted his prizemoney tally to over $400,000 which realised a statement that trainer Lindsey Smith said a few years ago: ‘This horse has got plenty of ability, and if we look after him early and don’t over race him, he could win three or four hundred thousand for you”. And he’s been spot on. It’s been a huge performance by both the horse and the trainer, and we’re very proud of both of them!