Should You Buy a Racehorse? 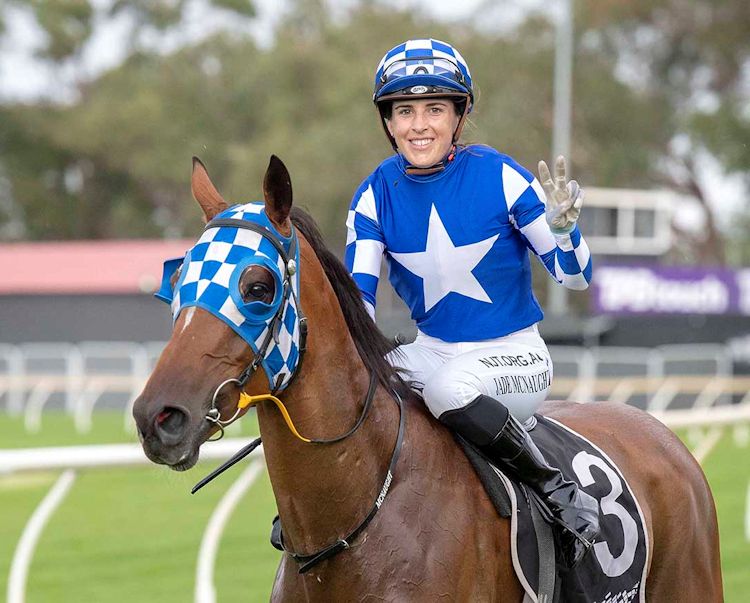 Owning a racehorse can be the thrill of a lifetime-an unforgettable, thrilling experience like no other!

Race day atmosphere is like nothing else – with frocks, frills and fascinators aplenty for the girls, a stylish suit or sports jacket ensemble for the guys, strategic bets by ‘in-the-know’ punters raining in, and racehorse owners and punters alike sharing their excitement in the heart-stopping minutes of each race. It’s hard not to fall in love with the rather unique atmosphere of the racetrack.

Racehorse ownership is very popular nowadays. In fact, statistics show that 1 in 244 adults in Australia today own shares in a racehorse-a far greater participation rate than other country in the World! Owning a horse is no longer the preserve of the elite, and getting involved has never been easier-for a lot-or a little.

Australia remains the leading place in the World to own a racehorse. For example, we have well over 60 races here worth over a million dollars, compared to 29 in America, and just 7 across all of Europe. In fact, in a year which has been so disrupted by Covid19, the strength of the thoroughbred industry has never been so apparent. While some countries slashed prizemoney, returns to owners actually grew in Australia!

“Over the past decade, prizemoney in Australia has grown 80%- there’s never been a better time to invest…”
Champion trainer Gai Waterhouse

While the thrill of putting a bet on a horse or two is enough for most punters, there are now more and more people who want to take it a step further with actual racehorse ownership. It might sound like a considerable leap to take from being a regular punter to a racehorse owner, but it’s a step that might be easier than you think!

How to Buy a Racehorse

Most people may have never considered racehorse ownership before because they thought it meant investing tens of thousands of dollars outright, finding a trainer for the horse, housing it at a stable, and maintaining it, among all the other costs and responsibilities. And if they were doing it on their own, they’d be right. But with professionally organised horse racing syndicates, it doesn’t have to be like that…

For those looking at a lower up-front investment, joining a horse racing syndicate is a fantastic, low-cost way to get involved with racehorse ownership. In fact, for the price of an average household appliance, you can become the part owner of a racehorse!

What is a Syndicate?

A racehorse syndicate is one way for multiple people to own a ‘share’ each of a racehorse. In Western Australia, horse racing syndicates usually have between 10-20 people involved as joint owners.

Before buying into a syndicate though, it’s wise to ensure that the syndicator you are dealing with is a registered, licensed syndicator with a good deal of experience in the industry. And before you hand over any money for a share in their proposed racehorse, make sure you have been supplied with a Product Disclosure Statement (PDS) – similar to buying any financial asset or service – and a syndicate agreement.

Costs of Racehorse Ownership in a Syndicate

At Belhus Racing Stables, we offer syndicates with shares starting from as low as $1,100, up to around the $5,500 mark, and of course anything in between for a five per cent (5%) share in a horse. The initial costs involved with joining a syndicate depend largely on the physique, pedigree and form (if it’s already raced) of the horse that’s being offered.

For a thoroughbred with a history of big race winners throughout its pedigree, you can expect the cost per share to be higher than a horse without a more impressive pedigree.

There are some ongoing costs to racehorse ownership, with the costs depending on the type of syndicate model you’re interested in joining. Some of these costs may include vet visits and medical treatments, farrier (a blacksmith that specialises in horse shoes), agistment (holidays for horses between racing campaigns), training and racing costs, and other services involved in the care of your racehorse such as transport to races etc.

What are the Alternatives?

Racehorse syndicates are a cost-effective, fun way to get involved with racehorse ownership. For those looking to sink a little more money into horse ownership, you can expect to also take on more responsibility for the management and upkeep of the racehorse.

Given the costs involved, this is the riskiest form of ownership, but with a good horse, trainer and jockey in your corner, there is also the potential for higher reward. If you have the money to spend on the upfront and continued costs of racehorse ownership, sole ownership can be a rewarding way to own a racehorse. This is obviously a much higher and riskier monetary investment than that of a syndicate though and is obviously not for the feint hearted!

A partnership generally involves between 2-10 people sharing the ownership of a racehorse. The initial buy in is usually higher than that of the standard 20 share syndicates that are so popular nowadays, and it follows that the ongoing costs to maintain the larger share are more too.

It can be a reality for you, your family and your friends or work colleagues by joining a horse racing syndicate through Belhus Racing Stables.

As professionals with 26 years’ experience in the industry, Belhus Racing Stables makes racehorse ownership easy with affordable shares through professionally managed syndicates, so that you can enjoy all the benefits of ownership without the huge monetary outlay previously thought necessary.

Contact Peter Morley at Belhus Racing today to get your racehorse ownership journey galloping up the home straight!