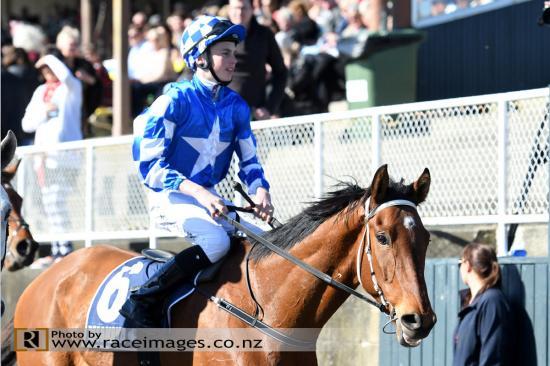 Punters who followed last month’s Avondale trial form were well rewarded when the Graeme and Debbie Rogerson-trained Te Waewae Bay struck at outside odds at Ruakaka on Saturday.

The lanky four-year-old had led all the way in an open 1000-metre trial that day in a heat that featured Group One performers Marky Mark and What’s The Story. Rider Ryan Elliot adopted similar tactics that once again proved successful as he held on to down his rivals in the day’s Rating 65 1200-metre contest.

The Shamoline Warrior gelding had broken maiden grade at Ruakaka back in May but was put aside for a spell after a lack-lustre performance on a difficult Trentham track later that month.

“He’s shown us a bit this horse and won well here last time,” Graeme Rogerson said. “I then took him to Wellington in the mud but he didn’t go any good, however he trialled enormous the other day.”

Rogerson admitted he had some reservations about the tactics proposed by rider Ryan Elliot when he mentioned them to his boss on the way to the races.

“To be fair to the kid he did say to me he’d lead but I said from the 10 alley you won’t be leading! He did it though and it was a good ride. He’s a kid who is going to make the grade as he did everything right and he got the money.”

While pleased with the win Rogerson believes Te Waewae Bay can only get better as he steps over more ground.

“He’s owned by a syndicate in Perth who are great blokes,” he said. “I’ve said to them we should be patient with him as I think he’s a staying horse and when he gets over ground he could be quite a handy horse.”