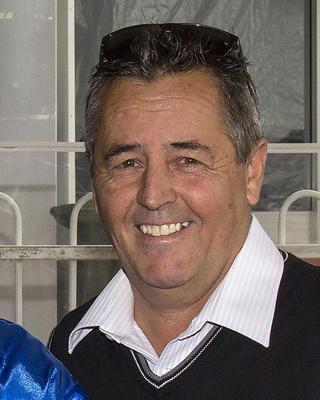 We’re only a few days away now from announcing the syndication of two new horses to be trained by Lindsey Smith. Both two year olds by genuine top class young stallions, they’re each a realistic chance to race early. For all those people who aren’t quite aware of Lindsey’s achievements in racing over the years, here’s an industry profile of him…

For the best part of the last 20 years or so, Lindsey Smith has been considered among the very best thoroughbred horse trainers in Western Australia.

Astute, knowledgeable, friendly and funny (don’t they love interviewing him on Racing Radio!), Lindsey rose to prominence in the late ‘90s through the deeds of the outstanding stayer Old Cobber winning 11 races and finishing second and fourth in the 1998 and 2000 Perth Cups respectively.

Lindsey’s training career rose to dizzy heights at the start of the new millennium when racking up a whole host of feature races, his amazing run of success taking him all the way to Flemington where he saddled up superstar galloper Old Comrade to win the 2002 Australian Cup, and the champion 3yo stayer Plastered to win the 2004 Victoria Derby.

In the years since, Lindsey has remained entrenched among the best in the business, training his team of capable gallopers from his well-developed Casuarina (40km south of Perth) property and putting the polish on a consistent stream of city winners. Apart from his many big race winners, some of his more recent winners include:

If the Winners Circle is where you want to be, then there are few better trainers to get you there with a quality young horse than Lindsey Smith…