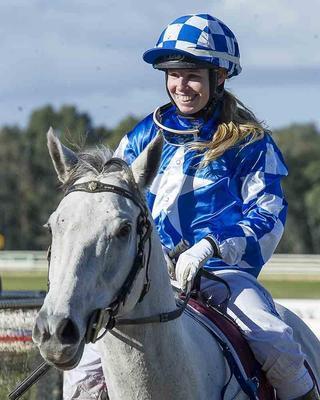 Our ghostly grey mare YAMUNOTRI won at Pinjarra on Thursday July 4th to score her second win at the track and her third since arriving in Perth from NSW.

Now trained by Fenella Martin at Muchea, Yamunotri gave notice of an impending win with a very promising placing at Belmont Park two weeks earlier when beaten less than a length when resuming from a spell.

Ridden by apprentice Natasha Faithful, Yamunotri came with a withering run from near last on the corner to overhaul the leaders and win easily by a length and a half.

Her next run will be on Saturday July 20th back at Belmont Park..