AQUAJINSKY AMAZES EVERYONE WITH $151 UPSET 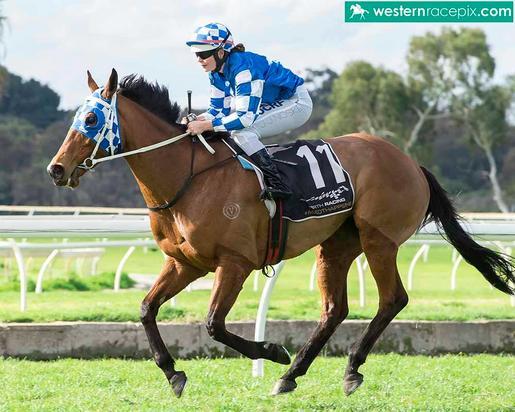 Belhus Racing was in shock at Belmont on Wednesday when Aquajinsky, a horse who was potentially having her last start in the familiar dark blue and white colours, scrambled in by a nose paying $151 for the win.

Belhus racing manager Peter Morley was not on course and ‘didn’t even have $1 each way on her’, but was over the moon that the six-year-old he bred and trainer Ivan Haggerty had patiently pottered away with finally rewarded their faith with victory in the Penfolds Handicap (Race 5-2000m).

Aquajinsky was destined for a show jumping or polo career after injury a tendon in June last year, however, Ivan Haggerty asked if he could give her one more go after noticing how well the injury had healed in early 2017.

After three uninspiring performances to commence her comeback, Aquajinsky was on her last chance on Wednesday and the planets just happened to align with the daughter of Blackfriars out-lasting her rivals, courtesy of a perfect staying ride from Jerry Noske.

Aquajinsky will heads towards a 2200-metre Class Five Handicap at Northam on September 14 before having a crack at the Toodyay Cup at Toodyay on Saturday September 23, one of the great days on the WA racing calendar.