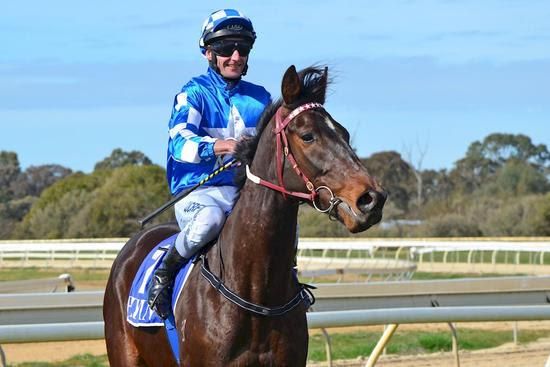 It was a memorable occasion for Belhus Racing when they combined with Australia’s Number 1 Trainer Darren Weir to score the first win for their home bred three-year-old Navy Blue at Echuca today.

The Darren Weir-prepared middle distance prospect was stepping up to the mile second up this campaign in the Quest Echuca Maiden (Race 2-1600m), and despite being forced to race in the three-wide line without cover for the most part, he still dug deep under the urgings of Brad Rawiller to score by a neck and bank $12,650 for connections.

► WATCH: Navy Blue gets the job done at Echuca

Navy Blue became the first winner for the Belhus owned stallion ILLUSTRIOUS BLUE, the former multiple European Group winner and outstanding stayer who finished ninth behind Americain in the 2010 Melbourne Cup.Other trainers to have the progeny of Illustrious Blue in their stables are Robbie Laing and Luke Oliver, both of whom are confident of success with the youngsters they have by the stallion.