OLLIE AT HIS BEST AS DEEP PURPLE BREAKS THROUGH 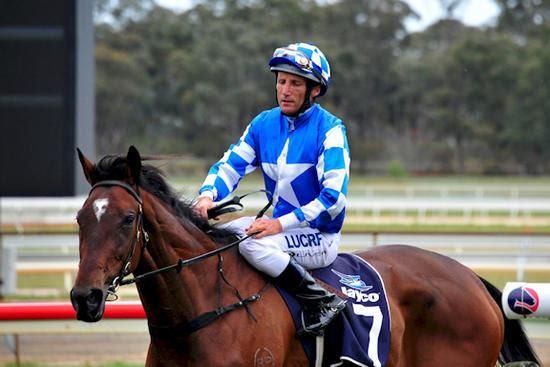 Ridden to perfection by champion jockey Damien Oliver, the Robbie Laing-trained daughter of Belhus stallion Illustrious Blue enjoyed a sweet rails run in transit and after improving between runners at the top of the straight she knuckled down and out-stayed her rivals, going to the line as well as anything to score by 1-1/4 lengths.

The in-form Deep Purple, who was beaten a lip over 2447 metres at Geelong on September 17, is former world class stakes stayer Illustrious Blue’s second winner after the Darren Weir-trained Navy Blue saluted at Echuca on on July 27.

The Laing stable are confident  Deep Purple is on her way to developing into a more than handy stayer and believe she can go on with the job following this confidence-boosting victory.