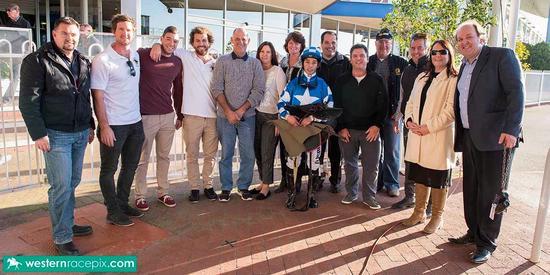 Belhus Racing got the 2017/18 racing season off the best possible start with West Australian four-year-old Prize Catch scoring a dominant victory in the Seacorp Handicap (Race 7-1650m) at Belmont today.

The smart Lindsey Smith-trained chestnut was having his second run since returning from an eight-week break and relished stepping up to the mile, coming off the back off a very strong tempo to charge past the $2.90 favourite Bella’s Idol and score by 2-1/2 lengths, with the third-placed Dust Me Off a further two lengths away.

Prize Catch, who is a half-brother to 2013 Hobart Cup winner and $435,000 stakes earner Hurdy Gurdy Man, has shown significant potential since his two-year-old days and continues to improve every time he goes to the races, with trainer Smith confident the best is yet to come.

The former $42,000 yearling purchase has now on three and been placed at five of his 14 starts, and there appears to be plenty of suitable racing opportunities opening up for him this winter, especially if he can successfully transition into the middle-distance range.