Prize Catch has the talent to match 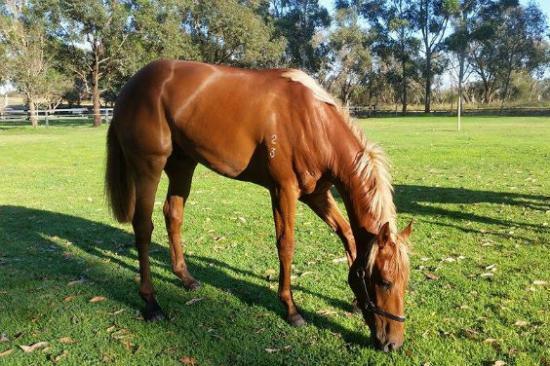 The eye-catching chestnut three-year-old looked a class above his rivals when breaking through down the Pinjarra ‘Straight 1000’ first up last start and bookmakers are keeping him safe in betting (around the $5.50 mark), despite the sharp rise in grade tomorrow.

The Lindsey Smith-trained Prize Catch will again be partnered by 2kg claiming apprentice Randy Tan, who rode him to victory last start, with the astute Smith confident the promising son of Zoffany has the talent to make his presence felt.

Another Smith-prepared youngster Percentage Play is closing in on his racing debut after an encouraging trial performance at Lark Hill on Tuesday.

The two-year-old son of Bianconi is expected to trial again at Lark Hill on Monday January 16 before racing for the first time in late January/early February, while the Belhus bred Viscount three-year-old Mr Confident is coming to hand nicely for trainer Trevor Andrews and, at this stage, has been pencilled in to trial at Belmont on Monday January 23.